First-class Noticers Founders Are Good at Noticing What Others Miss

By Will Keyser
Posted May 20, 2018
In Benefit Venture Blog, Reflections
First-class Noticers Founders Are Good at Noticing What Others Miss2018-05-202019-01-01https://venturefounders.com/wp-content/uploads/2018/03/logo-venture-founders-600w.pngVenture Foundershttps://venturefounders.com/wp-content/uploads/2018/03/logo-venture-founders-600w.png200px200px 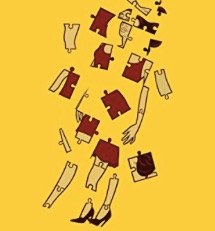 The bits that make up the whole

First-Class Noticers: What are first-class noticers and where does the word ‘noticer’ even come from? The Nobel prizewinning novelist, Saul Bellow, coined the term in a novella published in 1997, called The Actual.

Bellow’s character, Harry Trellman, was considered a first-class noticer by wealthy financier, Sigmund Adeletsky, who took him on as a member of his ‘brains trust’, because Harry was so good at observing behavior, particularly of people.

It is vital for founders of new ventures to be first-class noticers, first of all by becoming more self aware, basically by becoming mindful, and thus to be able to:

as well as many other events, behaviors, and phenomena that are likely to impact her own decisions. Observation skills may be one of the most important in the bag of the multi-skills of an entrepreneur.

A person who sets up a (successful) new enterprise is very likely to be passionate about her activity, to the point of obsession. If she is not careful, the passion may be blind her to things that should be obvious. First-class noticers, however, will not be blinded, nor blind-sided, nor even have blind spots. They will have first class observation skills, both of hard and soft stuff. Their powers of observation and sensitivity will be an asset that may have been the most important factor in them choosing the entrepreneurial adventure in the first place.

Successful entrepreneurs seldom miss a thing, how will you develop into a first-class noticer and hone you observation skills?

Unlike Harry, the fictional character who was a born first-class noticer, you can work on developing your skill as a first-class noticer. Start by using idle moments to bring your observation skills to bear on both people and things. For instance, in a restaurant watch how other customers relate to staff, check the décor and consider your reactions to it. After a meeting with others, see if you can recall physical behaviors of the people present at the meeting, how they reacted when you or others spoke. Can you remember the key features of the room when you’re not longer in it?

Observe Your Interactions with Others

You can develop the ability of noticing your own physical sensations when interacting with others. This need not interrupt your participation in the meeting, nor be more than just a quick noting of feelings. The non-verbal reactions of others you can note without dwelling on them. It’s about developing the habit of staying in the moment. You may have heard the term ‘mindfulness’. Well, mindfulness is just that—staying in the present moment, before you busy mind or actions take you on to the next thing.

If it appeals to you, practice observing what products other customers put in their grocery carts and the likely family circumstances of the shoppers. This is not to turn you into a voyeur, but rather to learn the habit of noticing. It is likely to become a sort of solo game that you can play as you go about your normal daily life. There’s nothing to write down or calculate, there are no exams, and it does not mean you have to abandon any other activity to accommodate you attention to becoming a first-class noticer.

So, above all else, pay attention to small details, not necessarily to do anything about them while you are ‘in training’, but so that your observation skills turn you into a first class noticer. My youngest daughter, now 50 years old, used to love playing what she called ‘pelmazism’—pelmanism, named after Christopher Louis Pelman, who founded the “Pelman Institute for the Scientific Development of Mind, Memory and Personality” in London in 1899. It is a card game where the cards are thoroughly mixed and spread face down on the playing surface – table or floor. The cards should not overlap, and can be arranged in a regular pattern or spread irregularly as desired. The object is to make pairs, having memorized where each number is, as each player tries to match them and turns them face-down after her turn.

If you want to know more I suggest two routes: one—read HBS professor Max Bazerman’s 2014 book The Power of Noticing: What the Best Leaders See, or two—watch the Selective Attention Test on YouTube, like nearly 20 million others have! The video demonstrates motivated blindness that enables you to not see what you do don’t try to see and miss something important.