Startups Change the World Activism in business is moving the dial 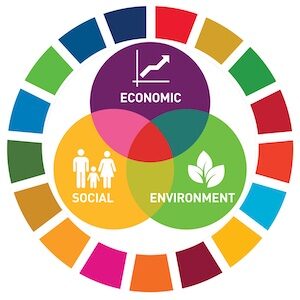 Startups Change the World: Social impact is now core to how entrepreneurs set their business purpose and assess business performance. Entrepreneurial success has been primarily determined by profitability. However, social impact has soared in importance. In 2018, 39 per cent say that they evaluate their achievements in this area, compared to roughly one in ten two years ago. This sea change in the way they measure performance is according to the BNP Paribas Global Entrepreneur Report.

This makes an interesting comparison with the January 2017 Oxfam Report, An Economy for the 99%—it’s time to build a human economy that benefits everyone, not just the privileged few. It is clear that activists are pushing at the same time as entrepreneurs are pulling the world of business into a new paradigm.

Who would have thought that entrepreneurs would be the new activists? It was no surprise to me that the introduction to a sales quote from a roofing company I received recently started by saying, “We are a locally owned and operated business who cares deeply about our community, clients, partners and teammates…” and went on to describe several of their means of social impact.

The political process within the capitalist system has been both singularly inert and impotent in achieving positive social change. Maybe it is unreasonable to expect politicians with their own self-interested and sectarian agendas to be concerned with the good of the whole.

Governments show little leadership in the ethical charge to improve life for all members of society and make no apparent concerted effort to ensure that business takes responsibility for its impact on the community On the other hand, entrepreneurs change the world from the bottom up. However on the other hand, entrepreneurs themselves are awake to the un-sustainability of the present trajectory and act on the basis of their own convictions, thank goodness.

You will find plenty of examples, including in your own circle. My post on the Purpose of the Venture will give you one; there’s more at Founders and Abundance. If you want to keep reading about different aspects, then go to Connection, Trust and Love. Another approach to similar issues is at Rewriting the Rules of Business.

Make a Difference in the World: 60% of North American Entrepreneurs Agree

The Global Entrepreneurship Report 2020/21 shows that more than sixty per cent of North American entrepreneurs starting or running a new business in 2020 agree or strongly agree with that the motivation was “to make a difference in the world”. This is a higher percentage than those who say their motivation “to build great wealth or very high income”. It is likely that more than half of entrepreneurs will be focused on social impact as a key measurement of their businesses, rather than simply their profits.

Mainstream business and politicians can no longer ignore the significance of how entrepreneurs aim to change the world. From now on to be called an entrepreneur is a term of approval, rather than the traditional view that an entrepreneur is only interested in getting rich.