By Will Keyser
Posted January 27, 2021
In Benefit Venture Blog, Reflections, Stakeholder Capitalism
Purpose of the Venture Not What is the Business, but Why is the Business?2021-01-272021-08-03https://venturefounders.com/wp-content/uploads/2018/03/logo-venture-founders-600w.pngVenture Foundershttps://venturefounders.com/wp-content/uploads/2018/03/logo-venture-founders-600w.png200px200px

Purpose of the Venture:  David Hieatt, co-founder six years ago of Hiut Denim Company, the UK 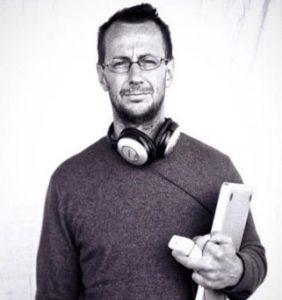 In his 2014 book, Do Purpose: why brands with a purpose do better and matter more, David defines Brand X vs Brand Why.

Not only am I committed to similar ideas about new venture creation, I love the fact that the Hieatts started the business in a small town in West Wales, called Cardigan—a place where I took my young kids on vacation for many years. Their decision was helped by the fact that they sold their first clothing startup (Howies) to Timberland for about $4.5 million.

Hieatt is Welsh, but the dominant reason for their choice of location is that Dewhirst had been manufacturing jeans in the town for 40 years. It made about 35,000 pairs of jeans a week for Marks & Spencer, but closed with the loss of 400 jobs (in the town of 4,000 people and representing probably about 15% of all jobs) in 2002, when production was moved to Morocco.

David says, “Where better to locate ourselves than in a town with a history of jeans-making, where the expertise remains.” The expert jeans machinists whom he has recruited, he calls ‘Grand Masters’, honoring their skills. This is one of the most significant ways in which the founder of the business publicly honors the purpose of the business.

He values the machinists so much, that each pair of jeans that leaves the factory is signed by the Grand Master who made them. True that at the moment, Hiut employs less than 20 Grand Masters and produces less than 200 pairs of jeans a week, his ambitions are much greater than that. Now exporting about 25% of production, it takes them about an hour and ten minutes to make one pair, vs. 11 minutes in a mass production factory.

Dewhirst closed down its plant because the mass-market products it made could be made cheaper in a low-wage country. This of course was true, but the company essentially undervalued one of its key assets, simply because it could not be written into the balance sheet as a number.

A company can lay claim to a financial value of intangible assets such as patents or market share, but I have never seen a value put on ‘experience’. Yet companies do get value from the collective and individual experience of its people, particularly those with demonstrable skills—and thus should be part of the purpose of the venture.

The company does not own an individual’s work experience, since it belongs to those who have it. However, you have surely heard of companies that explain the difference between net assets on the balance sheet and the price for which they expect to sell the business, as ‘goodwill’. Goodwill can be evanescent, vanishing like vapor, if the context of the goodwill changes—like if the staff with experience leave overnight. But the ‘experience value’ of people can be considerable.

How Local Experience Can Spur Startups

Hiut is but one example of a startup that can get a fast leg-up, by tapping into local expertise that has either been abandoned or is underutilized. When economic development agencies set to work on job creation in a community, they will often concentrate on the economic infrastructure, market access and the like. Seldom do they look at the existing skills experience of the local population. If a manufacturing plant closes, the first thought that comes to mind is to retrain the redundant workforce, not how to make new use of the skills people already have, acknowledging the value of the purpose of the venture.

This might not apply to the case of an asphalt plant closure, or one involving noxious and archaic industrial processes. But many are the consequence of the sale of a company, or the offshoring of jobs. And both the skills and experience remain, and often lying dormant for several years, as in the Hiut case.

An Outstanding Example of the Purpose of the Venture

The purpose of the venture is probably best exemplified by Springfield ReManufacturing Corp (SRC) in Springfield MO, that was established in 1983 when 13 employees of International Harvester (IH) purchased a part of that company that rebuilt truck engines, with $100,000 of their own money and $8.9 million in loans, with the goal of saving 119 jobs.

Take a look at SRC 30 years later, now that they help OEMs sell more parts and whole goods through custom remanufacturing programs for the agricultural, industrial, construction, truck, marine and automotive markets—and employs 1,500 associates (employee owners). “SRC is an employee owned company dedicated to being a business of business people, where everyone has a stake in the outcome,” says Jack Stack, CEO, SRC Holdings.

Had SRC not been created, the skills and experience of the old IH remanufacturing plant would simply have disappeared. The purpose of the venture was social—keeping the skills and jobs productive.

A Sense of Purpose of the Venture

At the other end of the financial scale, Larry Fink, the founder and CEO of the world’s largest investor (BlackRock, that manages more than $6 trillion in investments), makes the same point as David Hieatt, saying in his January 2018 annual letter to CEOs, “Without a sense of purpose (my italics), no company, either public or private, can achieve its full potential.” The purpose of the venture is not simply to benefit the owners.

His view is based on observing that many governments fail, “to prepare for the future, on issues ranging from retirement and infrastructure to automation and worker retraining.” He goes on to make the point that, “society increasingly is turning to the private sector and asking that companies respond to broader societal challenges.” He states boldly that, “To prosper over time, every company must not only deliver financial performance, but also show how it makes a positive contribution to society.”

This shocked many Wall Street pundits, but he has progressively arrived at such conclusions since, as he says, “We are seeing a paradox of high returns and high anxiety. Since the financial crisis, those with capital have reaped enormous benefits…companies must benefit all of their stakeholders, including shareholders, employees, customers, and the communities in which they operate.”

Increasingly, new ventures are established to make meaning—the purpose of the venture should mean something, not only to those who work in the business, but “showing how it makes a positive contribution to society,” in Larry Fink’s words. It is sometimes difficult to make meaning in a succinct way that can be understood or appreciated by all stakeholders.

To help in arriving at making a clear statement of the purpose of the venture, Venture Founders has a Make Meaning Grid. Take a look and see if it spurs you to define the purpose of your new venture for all its stakeholders..