New Business Normal: For health reasons, most non-essential businesses closed in order to diminish the spread of 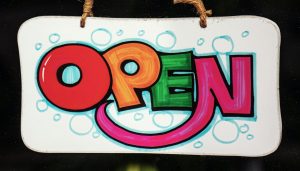 Covid 19, often at the request of government. As forecasts of the healthcare situation improved, attention was paid to when companies could again be open for business.

Open for business suggests that it’s simply a matter of re-opening shuttered companies and carrying on as before. However we will experience a new business normal. What we need is  Mutating Ventures—just like Mutating Viruses. Viruses usually mutate into stronger viruses. Viruses mutate because their genes are error prone, just like business and the economy.

The pandemic1 has shown us the insecurity of our business system, which has become very vulnerable, and all too frequently operating on the false premise that companies exist for shareholders, not stakeholders (everyone touched by it). We need to explore new possibilities in order to change and be open to emerging possibilities, too. We have a need to reimagine what makes sense for us all. 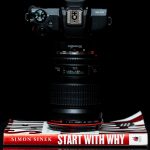 The biggest change to new business normal has to be about WHY is business? The answer is not easy. I’d start with thinking about it from the perspective of everyone involved and everyone affected, since business is about the allocation of resources. We can see that in the US healthcare example, resources are not allocated fairly, and in 2018, 27.9 million people were without health insurance at all. That figure is projected to increase by millions, if there’s no change in policy.

If we believe that the community as a whole should be healthy and have access to healthcare, then we should be allocating resources in a way that such a purpose can be achieved. We tend to imagine that the Government ‘can fix things’, but nearly three-quarters of the population expect business to address the big problems of our time, according to the Edelman Trust Barometer 2019. For help in understanding how trust ratings have changed, look at the Edelman Trust Barometers for 2020 and 2021.

A December 2019 poll conducted by Gallup found 25% of Americans say they or a family member have delayed medical treatment for a serious illness due to the costs of care, despite the fact that the US healthcare industry is the nation’s largest employer. Can this imply that the industry’s purpose serves all stakeholders? Surely not!

Why Be Generous to a Selfish Industry?

The US airline industry bailout was announced on April 15, 2020, with strings attached, thank goodness— 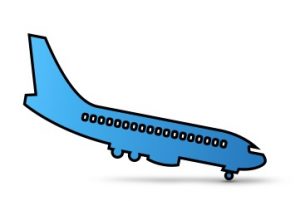 albeit with very generous terms for an industry not known for its generosity, except to shareholders and top management.

As Robert Reich has pointed out, “The biggest U.S. airlines spent 96% of free cash flow over the last decade to buy back shares of their own stock in order to boost executive bonuses and please wealthy investors. Now, they expect taxpayers to bail them out to the tune of $50 billion. It’s the same old story.” Employees were certainly not the beneficiaries—it was shareholders and top management only: two stakeholders out of many. In the new business normal that will change.

The Federal Government has agreed a roughly $25 billion (about half of what they wanted) rescue package of the country’s top ten airlines. The money is, thankfully, to be used for payroll support, in the form of low-cost loans and direct grants. However there are conditions which include paying back about 30% of the money and the airlines are prohibited from involuntary furloughs and bars on reducing worker pay and benefits until the end of September, 2020. Airlines are banned from any share buybacks and executive pay till March, 2022.

Warren Buffett of Berkshire Hathaway told the 2020 annual shareholders meeting that the reason why he was selling al his big minority stakes in Delta, American, United and Southwest, was because, “We will not fund a company… where we think that it is going to chew up money in the future.”

The story of inequality: one inequality (and inequity) concerns how the airline bosses and their shareholders pocketed huge sums of money, while staff got nothing; the other concerns the exclusive health industry, America’s largest employer, that ignores the needs of millions of people in the world’s richest country. In the new business normal this will no longer be tolerated.

In both of these instances, we clearly have not taken the time, or used energy to examine why the two industries exist. The issue concerns the system as a whole and as well as the leaders of the organizations involved. When the system becomes vulnerable (as with the pandemic), its destruction is self imposed. Before the pandemic, none of the organizations individually or collectively were convinced about the interdependence of all concerned.

The consequences of the pandemic would not have arisen had economic system been organized in ways to ensure that the healthcare and airline industries were obliged to answer the question about why they exist—and/or the leaders of each industry had decided to work in the best interests of all the stakeholders.

The System Will Change

“We do know that in healthy human systems people support one another with information and nurture one another with trust.”2 This is because we are all interdependent and coexist within the same system. The behavior of the airline chiefs in previous years shows their ignorance of this mutuality. Governments who have regulated the healthcare industry also allow its senior managers to pretend that it was not so.3 In the new business normal this pretense will be intolerable.

The self-centered nature of the leaders of too many large scale businesses is letting down the whole show. However they are serving as a significant example why the economy ‘the way it was’, will have to change after a gradual return to being ‘open for business’. The pandemic has shown many examples of greed, even during this time of stress and distress.

For example, Associated Press revealed that publicly traded firms, some with market values of more than $100 million, received $365 million in small-business loans, destined to help small business (under 500 employees) cope with the consequences of the pandemic. According to covidloantracker.com, a mere 4% of small businesses have received help under the first round of the Federal Government’s Paycheck Protection Program. JP Morgan Chase Bank, already a huge beneficiary of Federal largesse in the past, has helped large restaurant chains gobble up a huge chunk of federal loans meant to shore up small businesses. 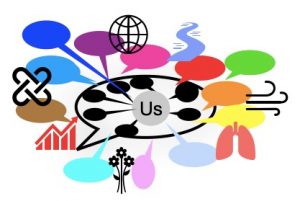 Recognizing these antisocial phenomena, founders of startups and other small firms can show us all how we need to refocus the intent of business, as we open for business. Also, according to a 2009 study by the Ewing Marion Kauffman Foundation, an extraordinary 57% of Fortune 500 companies have been founded in a recession or bear market. My first startup did, in 1982—sometimes referred to as the double-dip recession.

New and recently created ventures will not question their own interdependence with all their stakeholders. Our pandemic experience has been tough, and has demanded compassion with resilience in many different ways, both personally and in the community. The rewriting of the rules of business is a constant process, and right now (May 2020) the rewriting is accelerating.

The pandemic has help us to learn many things about the economic and social world. Sadly many politicians have been slow to acknowledge how our things has changed. All startups have a special responsibility to take initiatives in the light of the exposure of our human condition of mutual dependencies. Entrepreneurs will no longer accept divisive strategies, as they create a more equitable, inclusive and sustainable world.

New business normal will include healthcare coverage for all employees, until the US achieves a single payer healthcare system; paid sick leave; investment in clean technologies; commitment to the disadvantaged, starting with raising the minimum wage—regularly. These are but examples of what stakeholder capitalism means. There were many derisive critics of stakeholder capitalism until early this year, pre-pandemic. Such critics are remarkable quiet now.

Happily we will find stakeholders, including founders and shareholders, to be ready collaborators in a new way of being in the business world where collaborative interdependence must be the order of the future. Milton Friedman must be squirming in his grave. Maximizing Shareholder Value (MSV) will be angrily forgotten; Benefit Corporations will be the norm, and B Corp certification will be the aim of all new ventures. “It’s time we get serious about writing a new chapter on capitalism, before it’s too late.4″