Community Round: Let Thousands Invest in Your Startup Customers, Friends & Supporters at the Same Time as Angels & VCs

By Will Keyser
Posted May 17, 2022
In Benefit Venture Blog, Entrepreneurship, Finanace
Community Round: Let Thousands Invest in Your Startup Customers, Friends & Supporters at the Same Time as Angels & VCs2022-05-172022-05-17https://venturefounders.com/wp-content/uploads/2018/03/logo-venture-founders-600w.pngVenture Foundershttps://venturefounders.com/wp-content/uploads/2018/03/logo-venture-founders-600w.png200px200px

Examples of Community Round Investors

Let Thousands Invest in Your Startup: Use a Community Round, which lets thousands of your startup’s customers, users, and fans invest alongside VCs and angel investors. You may feel anxious about strangers investing in your new venture. On the other hand, you can not only have family, friends and fans investing as little as $100, your good relations with customers, suppliers, advisers and other whom you know will let them in on the act, too. It’ll reinforce your relationship, too.

A Community Round does not replace venture capital, though it can. If you are determined to go the VC route, because of you expectations of scale, you can always reserve a portion of the raise for your ‘community’. Nick Tommarello, founder of Wefunder, the equity crowdfunding platform, coined the term Community Round for very good reasons, like:

Petition Your Own Favorite Startup for a Community Round

You can petition your own favorite startup to let you invest as little as $100 in a community round. I’m not suggesting that this a way to get rich quick, but as an entrepreneur yourself, you will learn a huge amount about the entrepreneurial process. It’s almost like self-mentoring. I have done this myself. For example, I invested $150 in Oscar Razor, an Australian startup founded by Oscar de Vries. Not only do they make excellent products, but their orders are assembled and fulfilled by the team at Beehive Industries in Sydney, a nonprofit social enterprise supporting seniors and people living with a disability.

I served on the Board (2001-3) of a venture capital business in France, I bought shares in it. This was not a case of altruism, but had the very practical benefit of demonstrating to potential investees my own commitment to the business. It also allowed me to be alongside the few institutional investors that we had in the company. In fact the company, Femu Qui SA, itself had a social as much as a financial mission—to help increase employment on the island of Corsica, where I lived for 16 years. Indeed it mow plays a central role in the Corsican entrepreneurial ecosystem.

As well as equity crowdfunding, founders have many other ways to raise money for their own venture, but there’s often a 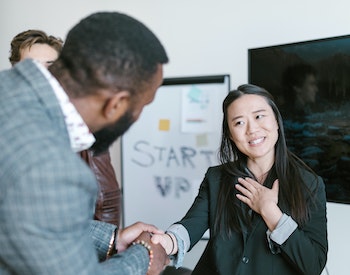 steep learning curve, if you have not had the experience before, take a look at my post on sources of startup finance. My own naiveté with my own first startup in 1982 came from the perceived notion (wrong) that any new venture has to go for venture capital to succeed.

The venture capital firm I approached had an amazing way to consider potential investments. After the initial screening of business plans and presentations, the selected founders then participated in three consecutive 3-day weekend workshops with a dozen other hopefuls. These events were more like MBA entrepreneurship seminars, with cases, role plays and other means that  showed the VCs how the candidates performed and how likely they would be to succeed. At the end we knew who was going to be invited for follow-up—because each participant could easily observe the entrepreneurship capacities of fellow candidates.