Flourish Honorably: To flourish honorably is a choice. It does not just happen, but it can be ignored. Founded as FaceMash 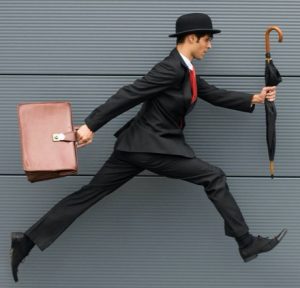 Keeping up appearances are not enough to flourish honorably

nearly 20 years ago Facebook (now Meta) is a company that fulfills its purpose, through being wildly successful ($86bn revenue 2020). At the same time, I believe it has something missing at its very core. When I was a young, that missing thing would have been called ‘moral fiber’. Looking at Meta’s website, you’d think that that it is an enlightened company. Its focus on profit may nonetheless belie its fundamental reason for being.

In his 2019 book, Zucked: Waking Up to the Facebook Catastrophe, Roger McNamee wrote about how the culture of Facebook and other internet platforms cause employees to be indifferent to the negative side effects of their success. Referring to the massive Cambridge Analytica scandal involving the misuse of Facebook user data, McNamee states, “The relentless pursuit of growth had led Facebook to disregard moral obligations to users, with potentially decisive consequences to the millions of users whose data had been shared without prior consent.”

Facebook’s parent company, Meta, has the Mission is to “Give people the power to build community and bring the world closer together.”  However, the authors of the 2021 book, The Ugly Truth: Inside Facebook’s Battle for Domination (Sheera Frenkel & Cecilia King), end their book with the words’ “…the platform is built upon a fundamental, possibly irreconcilable dichotomy: its purported mission is to advance society by connecting people while also profiting off them. It is Facebook’s dilemma and its ugly truth.”

Since Mark Zuckerberg owns 58% of Meta’s voting shares, his influence remains hugely significant and has not seen fit to adjust the company’s fundamental reason for being: profit. To flourish is great, but to flourish honorably is even greater. In a February 2022 Bloomberg article, Anna Edgerton says, “A whistle-blower blasted the company and its founder in an October Senate hearing, decrying Zuckerberg’s outsized influence and calling for more regulation to stop the network giant from putting profits above the public good.”

The public good is a tough concept to understand. It is something that is available to all, or in other words nobody can be excluded from its benefit. A public bridge or street lighting are among the least controversial kinds of public good. The inverse is never referred to: the public bad! In the past, though we talked about ‘downstream effects’, such as when a private company polluted a river beside its factory.

Most businesses take care not to export negative outputs and where they do, public policy has determined sanctions to be applied. The 50 year-old US Clean Air Act is an example of such policies. Of course business tries to avoid sanctions, such as those resulting from law-breaking, but progressive companies are taking the lead towards responsibility for their actions.

Some big corporations are acknowledging that their business purpose has to be concerned for the public good and to have the moral fiber to ensure that their behavior meets the expectations they create. It’s tough to deliver value to all stakeholders while continuing to make profits, but companies such as Unilever and Danone are achieving just that and flourish honorably. Alex Edmans, Professor of Finance at London Business School has made extensive study of how it’s possible to deliver both on purpose and profits. In fact he shows how purpose driven businesses do better on profits than others.

New entrepreneurs are leaders in the drive to deliver stakeholder value, another way of expressing the public good. They have the singular advantage of starting fresh and tend not to carry corporate baggage that sometimes gets in the way of delivering on a higher purpose. New ventures that declare their business purpose need to have the moral fiber to stick to it, not only by measuring outcomes against standards, but by being open to outside scrutiny.

One way that’s possible is to become certified as a B Corporation. There are more than 4,500 B Corporations in 79 countries transforming the global economy to benefit all people, communities, and the planet. The leaders of these companies do more than have ambitious claims about their business purpose, they subject their companies to an impact assessment on a regular basis and the results are publicly available.

Entrepreneurs have a tough time altogether. I know, been there, done that. A behavior that is perhaps easier for them than for corporate leaders, is to live their personal commitments in their work life. This is where moral fiber comes into play. With so much business behavior being on display, we have to make sure that our personal values and expression of them at work remain true.

When I started work about 60 years ago, the rule was that personal feelings should remain hidden at work. You toed the line. With so much on the line today, morality and ethics need to be central to the workplace. “Shape up or ship out!” has no place as an an instruction from managers anymore.

Apologizing after the event, as Facebook has tended to do, needs to be replaced by proactivity and leadership. We should not ‘downstream’ our moral pollution, so we don’t poison the river of life for others. Of course not all entrepreneurs are angels, but they have the advantage of being close to where the rubber meets the road and the consequences of their policies and actions will be closely visible to them.

To flourish honorably, it must be intentional and be at core of business purpose and planning.