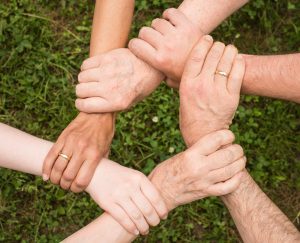 Opportunities for Purposeful Startups: there are many areas of opportunity for new ventures to address critical social issues, either directly or indirectly. Startups cannot ignore injustice without threatening their survival or long term ability to prosper.

By most indicators, the US is one of the world’s richest countries, but has a bigger military budget than the next 7 biggest spender countries combined. Perhaps that partly explains why we perform so poorly on most world social indicators, each one of which offers significant opportunities to create shared value in the USA.

Those opportunities to create shared value can be met either directly by creating products/services to mitigate human needs, by the way the new venture operates its business, or through its intent to make the world a better place. These three are threatened by the fact that “wealth creation and wealth inequality are both at all time highs, though many business leaders and politicians don’t seem to mind this contradiction”, says Michael O’Sullivan in his 2019 book, The Levelling.

Though we live in a very competitive country, we are far from producing a winning performance in many parts of the community. Our ‘scores’ show plenty of room for improvement by comparison with international standards. The opportunities for purposeful startups are abundant

So, with each of the spheres of activity to create shared value, room for improvement abounds, and so do the opportunities for purposeful startups. There are many ways to assess and list social issues, but the two that figure below generally figure highly.

In healthcare, the US ranks 37th in the World Health Organization’s Table of Efficiency sandwiched between Costa Rica (36) and Slovenia (38). Costa Rica is the 76th richest country and Slovenia is at 67th place, according to the Credit Suisse Research Institute Global Wealth Report published in October 2019. In the same report, the US stands by far the country with the greatest wealth—almost a third of the world’s total!

In life expectancy as one measure, for 2019 however, an American can on average expect to live to the age of 78.8. Top of the table is Hong Kong at 84.7 years, while Costa Rica is 80.1 and Slovenia is 81.2. And that is with US healthcare expenditures at double the OECD average per capita. In fact we spend twice as much per capita as the next highest country. France, a which comes out top for health outcomes, but they get a lot more bang for the buck than the top spender (US). I’d known that the US has the highest prevalence of obesity in the developed world, but not that in terms of access to water and sanitation, it ranks 36th in the world.

In social inequality (such as poverty, education, labor markets, safety net, gender equity, income and wealth) the US is an international laggard. Whatever government and politicians may say, we can make change through enterprise, especially new enterprise, and we are doing so. The youth poverty rate in the US is the highest across OECD countries. A quarter of American youth live in poverty, by comparison with OECD average of only 14%. According to the Stanford Center on Inequality and Poverty, the US is last in the top 10 wealthiest countries in terms of labor markets, poverty, safety net, wealth inequality and economic mobility. About 55.7% of voting-age population cast ballots in the 2016 presidential election—and was in 28th place in voter turnout in OECD countries, the average being 75%.

Although different forms of measurement vary a little, most measures of salary and wealth inequality are similar.  Inequality.org , for instance, shows that in the US the top 0.1% of the population has incomes 188% more than the bottom 90% of the population. According to Executive Paywatch from Afl-CIO, in 2018, CEOs of S&P 500 companies received, on average, $14.5 million in total compensation and the average CEO-to-worker pay ratio was 287 to 1. This a much greater disparity than any other country in the world. Even though the structure of our lives is more volatile than ever before, many startups however, are increasingly showing the way to a more balanced world.

Here are two purposeful startups who’re addressing social issues through what they offer in healthcare and two in inequality:

Here are four startups (the last two concern sustainability) that are intentionally purposeful:

The Grandees and the Levellers

I freely use the historical reference used in the book cited above: the Grandees (the elite) and the Levellers (the ordinary people) struggled against each in the chaotic post civil war period in England (1642-49). In today’s world we see not dissimilar struggles occasioned by many inequities. The inequities are blatant and deeply ingrained.

The advantage that startups have is that while founders of those new ventures may have personal histories, their creations do not. They begin with ‘clean sheets’, without burdensome pasts. This is how they are able to pitch into changing the world for the better, given the opportunities for purposeful startups. Startups can have a rippling effect way beyond small beginnings. Small entrepreneurs have global impact.