Startup Spirit: The heart of a start lies within the entrepreneur. Reading novels is not normally considered the best way to learn about new venture creation. BUT I recommend two novels for business beginners, because they both touch the startup of  in a way that is neglected by business schools and incubators. “Blood, toil, tears and sweat”, as Winston Churchill said in 1940, is the way to win.

When I started my first business at the age of 43, I had reached a point where I just had to do it—and that was much more important than any business plan, venture capital, spreadsheets, cash flow forecasts or market research. Your gut will let you know when it’s time to press the button, even if your knees are knocking. Many will suggest that you need outside equity before opening your doors. Neither of these women had that luxury. If you do seek funds, then visit Funding for Female Founders for some sources. 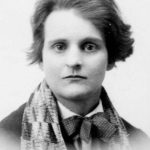 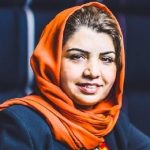 These two fictionalized female founders involve stories from a while ago and neither is set in America. Both demonstrate startup spirit through the whole entrepreneurial process. The first takes place in France after the Second World War and the other unfolds in Afghanistan after the Soviet withdrawal in 1989. Both involve female founders who created an enterprise based on feeling that it just had to be born.

Both books are written as novels and are based on true stories of perseverance in very challenging times. These ‘stories’ of startup spirit in business life have contexts that were each very challenging and way beyond those facing most entrepreneurs in our present environment. They are very instructive for those trying to start a business today, emphasizing the startup spirit needed to create and grow any new venture.

Shakespeare and Company was the English language bookshop in Paris, founded by the expatriate American Sylvia Beach in 1919. She brought the three characteristics of passion, purpose and persistence to her shop, until forced to close by WWII in 1941. The novel by Kerri Maher, The Paris Bookseller, might not strike you as recommended reading for intending business founders, but believe me, it is. Kerri calls Sylvia “a trailblazing entrepreneur”.

Sylvia Beach’s passion was for trailblazing writers of the early twentieth century. Her purpose was to enable as many readers as possible to share that passion. Her persistence enabled her to overcome business setbacks and threats through creative solutions, often involving the enthusiasm of her customers. She described herself as an adventuress.

She set up her bookselling business as an expression of her passion for all the exciting literature that English language authors were writing in the early twentieth century. She had moved to Paris from America, as had many other intellectuals fleeing the cultural restrictions of the day. Sylvia constantly questioned her strategy as she questioned why she was doing what she was doing, a seemingly unlikely venture.

Her purpose kept her going and he persistence meant that she was always finding new ways to give it life. In addition to bookselling, she had established an English language lending library from the start. It became popular with expatriates and English-speaking French readers. Many authors, both writing in French and English were drawn to the store and soon she invited some of the latter to give talks in the bookstore.

Startup Spirit: “Shakespeare and Company is My Thing”

Ms Beach was single, but meeting French bookseller, Adrienne Monnier, developed into a life as well as an occupational partnership. Indeed, Sylvia 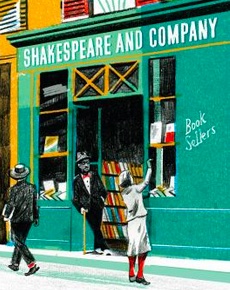 decided to move her shop from its original home to a vacant location opposite Adrienne’s La Maison des Amis des Livres bookstore. As well as sharing their lives, they encouraged and inspired each other’s business. Indeed the present day writer, Kerri Maher, whose novel, The Paris Bookseller, was one of the inspirations for this article, described the bookstore as Sylvia’s “own kind of progeny”. This is not surprising, since Sylvia herself declared, “Shakespeare and Company is My Thing”. She was clearly meant to run a bookstore, and as Kerri says it, “It was her thing. And it was her thing.” It expressed her startup spirit.

Presumably Kerri’s brilliant biographic novel was not intended as an inspiration for female founders, but unintentionally the book is one of the best primers for anyone thinking about starting a new venture. For instance, after getting to know James Joyce1, one of her customers, she determined to become his publisher, because his masterpiece Ulysses was banned in America, having been declared obscene. With no direct experience of publishing, Sylvia relentlessly investigated the resources necessary for enabling this great work to made available to the reading public and her startup spirit carried her through. “I just had to do it,” she declared.

She said she was “Undeterred by lack of capital, experience, and all the other requisites of a publisher, I went right ahead with Ulysses.” Little could she have guessed that copies of her Ulysses first edition now fetch six figures or more.

The apparent diversion from bookselling more than stretched her finances, but it brought both fame and customers. When the shop was struggling for instance, she developed the idea of the ‘Friends of Shakespeare and Company’. For a payment of 300 francs, customers could become a patron of the shop for two years. The constant struggle to keep the business solvent, led Sylvia to question her strategy on a regular basis. Marketing, for her, was not an abstract process, but a daily activity that always brought her close to book buying customers. Her passion for her purpose was expressed daily.

Sylvia Beach was a stunning example of female founders, as I learned from reading The Paris Bookseller. She stayed close to her customers over 22 years. Even more, Sylvia’s own book, Shakespeare and Company (1959), shows the intimacy of her relations with customers. Quite apart from her passion, purpose and persistence, the consequence of her startup spirit, she instinctively knew how to:

The Dressmaker of Khair Khana by Gayle Tzemach Lemmon, is the story of Kamila Sidiqi, another amazing exemplar of founders with startup spirit. She set up her dressmaking business in Kabul as the 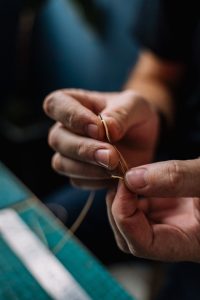 Taliban took control, when the Russians left. Her experience may be echoed today following the American withdrawal thirty-three years later with the Taliban taking over again. The imperative for Kamila was that women could no longer play roles outside the home. Feeding her family was the driver, though of course she knew there was a market for quality women’s attire in the turmoil following the return of strict religious rule.

Her sales efforts were made under duress, as she relied on a younger brother to chaperone her on her excursions to the bazaar and tailoring shops. Not only did Kamila have no business experience, she learned her new sewing skills from her sister, Malika. Her intuition and startup spirit was enough to guide her. She discovered her confidence as she progressed.

The growing success of the dressmaking business created new unexpected pressure—how to produce the volume of orders that Kamila managed to attract. Her determination to meet the delivery dates of sales coincided with her realization that her situation was not unique. There were many other younger women who had found their education or career paths curtailed by the new regime. So naturally she moved on to training others in the skills that she had acquired. Her startup spirit came from her heart and her home became a seamstress school. She delighted in the imperative to impart additional skills as the demands of customers became more demanding. Not only stitching, but stenciling, beading, and embroidery were added to the repertoire.

Kamila’s delight grew as she observed that ‘everyone seems to have become an entrepreneur”. It was both a matter of her example, but also of the latent creativity of her peers. She also felt an astonishing relief and pleasure when she discovered that one rushed order was from a family of Talibs who had a wedding to arrange in a hurry, perhaps because the groom had been called to the front. Far from being a risk, it added to her security since a message came to her that the Taliban father knew that she had a business, but he also “knew that she was an honorable woman, whose work was helping families”.

She did not seek recognition for her work. Apart from providing employment to many women in similar situations to her own, the unexpected dividend she shared was exemplified by being asked by the organizers of UN Habitat to become involved with their Women’s Community Forums. Women gathered to take part in jobs and social programs they designed, supported and supervised. Most of the profits the women earned were plowed back into more grassroots projects. Kamila was amazed that UN Habitat was managing to create opportunities at a time when almost every door for women was closing.

The bolder mission of UN Habitat appealed strongly to her. As she exclaimed to her older sister who had taught her tailoring skills, “I was never meant to be a tailor; you know that. It’s business and the management that I’m good at, that I really enjoy.” Her sister remonstrated with her, but all she could reply, “…I must do this. I hope you’ll understand one day.” Kamila became committed to growing the home business projects of the Community Forum. Her success at growing the home businesses, led UN Habitat to help with additional Forums and her ideas became scaled as she progressed.

While Kamila kept marketing her own home enterprise, two of her younger sisters soon took over the day-to-day running of the business. Now Kamila was not only an entrepreneur, but a community leader as well. She extended her range by setting up the Kaweyan Group of companies, which apart from anything else has trained an additional 10,000 female founders in Afghanistan. Her startup spirit was now magnified.

Kamila Sidiqi flourished as an entrepreneur, has had a huge impact on women’s entrepreneurship and was driven to:

Startup Spirit to Launch the Venture

It takes spirit to launch your business. Spirit comes from the heart, like the word itself. If you can remember that, you’ll realize that starting a successful business is about people and fulfilling their needs—both those directly involved and those outside the venture.

Sylvia and Kamila both showed they had this motivation. It was not that they were fearless—quite the contrary. At the outset, both expressed concerns about their abilities and capacity, but they believed in what they wanted to do for society.

They both sought to  achieve ends for others. Both women believed that they could see the need, even if they were not mistresses of the means. Sylvia wanted to share and Kamila wanted to make a difference. You can, too.

1. From Sylvia’s own book, I was amused to discover that James Joyce had been a Berlitz School teacher in Trieste, Italy, as I had been—to finance my studies at the University in Lille, France, many years later.