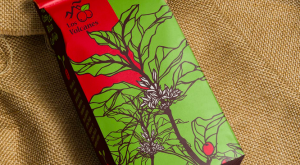 full of inspiration and opportunity

Surprising Countries for Entrepreneurs: Costa Rica and Botswana attract entrepreneurs starting sustainable new ventures. They are two countries that are working hard on getting their infrastructure and socioeconomic policies to fit the needs of all people. Both have many ways to encourage entrepreneurs with commitment to positive change. Both countries also have much lower costs than North America, an advantage not to be sneezed at!

Costa Rica and Botswana are both countries with a long history of stable democracy, but neither is likely to be the first foreign country to pop into an entrepreneur’s mind, as a place of opportunity. Both countries have a high proportion of English speakers. Both countries are relatively small (Costa Rica 5m people; Botswana 2.5m people). Both have high levels of literacy and good education systems. They are both in a dynamic and progressive phase of development—for different reasons.

A tip for doing business in Costa Rica and Botswana: Reflect on the implication for your business of the UN’s Sustainable Development Goals.

Costa Rica has the  Atlantic on one side and the Pacific on the other, whereas Botswana is landlocked. Both have amazing sites and sights to visit. Costa Rica’s National Parks are amazing; rain forests team with exotic wildlife. Botswana has the Okavango Delta and the Kalahari Desert. The people in both countries will delight you.

Costa Rica has a special focus on sustainability and aims to become the first carbon neutral country in the world and it is well on the way. Costa Rica is one of two surprising countries for entrepreneurs, because there is a long tradition of small business creation and the country is very determined to be ready for how the world is changing.

The biggest opportunities for inward investment and export are for any business that has sustainability high on its lists of priorities, especially in specialized agriculture, such as organic farming and eco-products. Costa Rican Coffee would be high on my agenda, since the industry is far advanced in shade grown coffee beans and is mostly fair-trade. There are many small producers interested in export such as Los Volcanes in Alajuela, the owner Miguel Murillio is a gem.

The Tech, IT and internet sectors are in demand with the modernization and internationalization of the economy. One indigenous company for example is Indigo Drones that produces drones for the agriculture sector. Over 300 multinationals already operate in Costa Rica. Intel has over 2,000 employees in Costa Rica. In the tech field, medical devices are significant; health systems in the country (36th) are rated higher than the US (37th).  As of June 2021, startup funding in Costa Rica stood at $80m from 56 investors. One of the significant VC firms is Carao Investors, an early-stage VC firm for the small and medium-sized markets.

It’s a great place for outsourcing for much of the US since it’s in the Central Standard Time Zone. To disclose my attachment to Costa Rica, I have visited on a trip of discovery and I outsource my web development needs to Costa Rica: Unidad22 in Liberia, the country’s second city—set up by Emer Harkin, from Ireland, 20 years ago.

Botswana has an economic focus on transformation from its dependence on the diamond industry. Botswana is one of two surprising countries for entrepreneurs, because, it has recognized the urgency of replacing revenue from diamonds, a resource expected to be depleted by 2050.

Before saying anything else, I disclose that I have been mentor to Bonang Sealetsa and the Institute of Entrepreneurial Development in Gaborone, the capital of Botswana for the last seven years… I am a bit biased in favor of Botswana.

The Government’s Botswana Vision 2036 is a transformational agenda that defines aspirations and goals for all people. It aims to transform Botswana from an upper middle-income country to a high-income country by 2036, and sets out a vision of what the future will look like and in the process create broad prosperity for all. In practical terms this sets the theme for the encouragement of entrepreneurial development in the country. Take a look at more detail on the Sustainable Economic Development Plan.

The service sector accounts for 58.20% of the economy. It employs 62% of the active population. The expanding sectors are tourism (notably ecotourism) and transportation. The country has some of the most unique ecosystems in the world and is a major safari destination. Botswana has a growing financial sector and the Botswana Stock Exchange is among the best performing stock exchanges in Africa.

As part of the drive to reduce dependence on mining, Botswana Digital & Innovation Hub was established for technology-driven and knowledge-intensive businesses to establish themselves, develop and compete in both regional and global markets. The Hub fosters entrepreneurship and technology transfer to develop startups and add value to existing companies.

Other institutions are also in on the act. For instance, in January 2022, the University of Botswana held an Industry Masterclass, called Infrastructure Development: Fueling Socioeconomic Development and Growth. It focused on lessons learned through the COVID epidemic.You might not think of Africa as a continent for outsourcing web development work, but Botswana has more than 50 web design firms. Take a look at the work of Taryn McCann owner of Twin Zebras in Maun right near the Okavango!