By Will Keyser
Posted July 13, 2018
In Analyzing, Benefit Venture Blog, Tools
Five Whys Technique Enabling a Group to Find the Root Cause of an Issue2018-07-132019-01-07https://venturefounders.com/wp-content/uploads/2018/03/logo-venture-founders-600w.pngVenture Foundershttps://venturefounders.com/wp-content/uploads/2018/03/logo-venture-founders-600w.png200px200px

Five Whys Technique: Young kids are often dissatisfied with the first answer you give to their questions, and bug you with a few 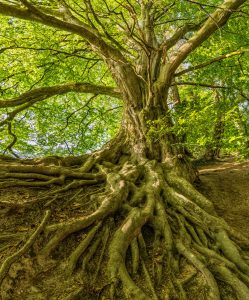 more, whys? They may have a good reason! The first answer may not get to the root causes of what they want to know.

By repeatedly asking the question “Why?”, you can progressively get to the bottom of a problem, which is why it’s sometimes called Root Cause Analysis. In the Five Whys Technique, one question about the problem often leads to others. Although this technique is called the Five Whys Technique, you may find that you will need to ask the question fewer or more times than five, before you find the real issue that is the root cause of a problem.

The benefits of the Five Whys Technique are not only that it helps identify the root cause of the problem, but allows you to understand how different contributing aspects may be connected. The great thing is it’s simplicity, and you’re unlikely to need numbers or statistical analysis to get to the root causes.

Additionally, the Five Whys Technique is especially helpful in understanding social aspects or the relationship issues that may be involved with a problem’s causes. If you struggle with answering the five whys, you can use categories like: man, materials, machine, method, management, or environment

Eric Reis who was Entrepreneur in Residence at Harvard Business School at the time, recorded a short video of the five why’s technique.

Process for the Group Using the Five Whys Technique

No tools are really necessary, but a flip chart or whiteboard really help, so that everyone can see and reflect on both questions and answers. The Five Whys Technique is an alternative to the Fishbone Diagram. You could try both and see technique works best for you.