By Will Keyser
Posted May 25, 2018
In Benefit Venture Blog, Strategy
Creeping Disruption Startups Need to Be Aware of Many Innovations in So Many Fields2018-05-252021-09-19https://venturefounders.com/wp-content/uploads/2018/03/logo-venture-founders-600w.pngVenture Foundershttps://venturefounders.com/wp-content/uploads/2018/03/logo-venture-founders-600w.png200px200px

Creeping Disruption: Market disruption is presented as if it is a big bang like digital photography ending film 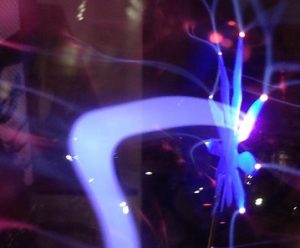 photography. But it’s much more like a gradual change—creeping disruption, rather than a big bang.

For instance, the creeping disruption of the electricity industry has a very important message for any new venture that is not really wide awake and noticing what is really happening in their sector. Will the startup be caught out by creeping disruption, even before the venture is off the ground?

Some electricity coops question whether they should change their governance and seek to become for-profit companies. Some generator giants that were heavily invested in nuclear are looking to different fuels. Coal-fired stations are less and less economic with alternative fuels like natural gas being cheaper, let alone environmental challenges and costs. These are the power generation stories that hit the news.

Ten Kinds of Creeping Disruption in the Electricity Industry

The sector of your startup may not seem to be shifting as dramatically as the electricity generation market, but do not be too complacent. Apart from anything else it may be that the merging of sectors, convergence rather than their disruption is what will impact your business.

Quite apart from creeping disruption and the innovations about which so much is written, almost the reverse (creeping convergence) is surprising some people. Examples include solar roof tiles, as more and more surfaces are being exploited for solar energy. Now we see off-airport parking lots with shade/light/energy producing covers. The question becomes, ‘what can not be adapted to produced electric power?’

Photovoltaic fabrics immediately suggest all kinds of convergence, such as solar curtains. Power Textiles, a Scottish company is developing solar textiles—as opposed to heavy inflexible solar cells sandwiched between glass. They are looking to provide horticulture with a product which may be more efficient and beneficial than the current growing systems, such as the use of poly tunnels. Applications are many; since solar fabrics can be easily dismantled, rolled up and taken somewhere else, your imagination can run riot with ideas.

You don’t even have to limit yourself to solar fabrics, a team of researchers has developed a textile capable of harnessing energy from both sunlight and wind. The hybrid textiles are composed of photovoltaic and triboelectric nanogenerators—if you know what they are.

Creeping convergence can also be creeping disruptive. Since sneaker retailers get about 50% of the retail price of sneakers, effective online sales can allow the manufacturer a bigger slice of the consumer price (Nike aims at 30% of sales online by 2022). On top of that is the trend towards ‘athleisure’ sneakers instead of sneakers for specific sports and activities, which can significantly lower marketing costs (according to the BBC, “in 2015 Nike signed a lifetime endorsement deal with basketball superstar Lebron James, reported to be worth $1bn (£800m). But those big deals are becoming less important.”

Fleeter of foot, there are mew ventures entering the sneaker market from outside the sector, taking advantages of these developments. Allbirds, a sneaker startup and B Corporation, has developed a sneaker with an all-wool knitted upper, that avoids the need for expensive sewing; another style is also knitted, but in eucalyptus tree fiber. Those sneaker have eyelets that are bio-based and the laces are from recycled plastic bottles; the soles are from Sweetfoam™ sugarcane.

It is hard to unravel whether disruption or convergence is taking place here, because both are occurring concurrently. Added to which the move towards eco-friendly sneakers are coming from both big brands and sneaky startups. For instance, Adidas and Reebok are going for green, as well as Veja, the 2005 French startup making ecological and fair trade footwear in Brazil, an B Corp Baabuk, whose Swiss 2016 startup story you can see here; they started with slippers but now make sneakers, too.

Sometimes creeping disruption is relatively easy to spot. The growing legalization of marijuana in the US has been obvious, but maybe the consequences for other industries has not been so glaring. Hemp, the plant from which pot comes, is very versatile and once processed can be used in many other sectors, including clothing and construction. An example of a good trend spotter and a former student of mine, Tom Rossmassler is building Hempstone in the building industry where he’s worked for many years.

Being a first class noticer is a critical skill fr any entrepreneur in this fast changing world of ours. After disruption has occurred in an industry, many people will see the change as ‘obvious’, but it’s tougher to spot the phenomenon ahead of time as it creeps up on us. Doing a periodic brainstorming session with supporters and colleagues can pay dividends. You can even include some mavericks in your own sector to elicit wild ideas!